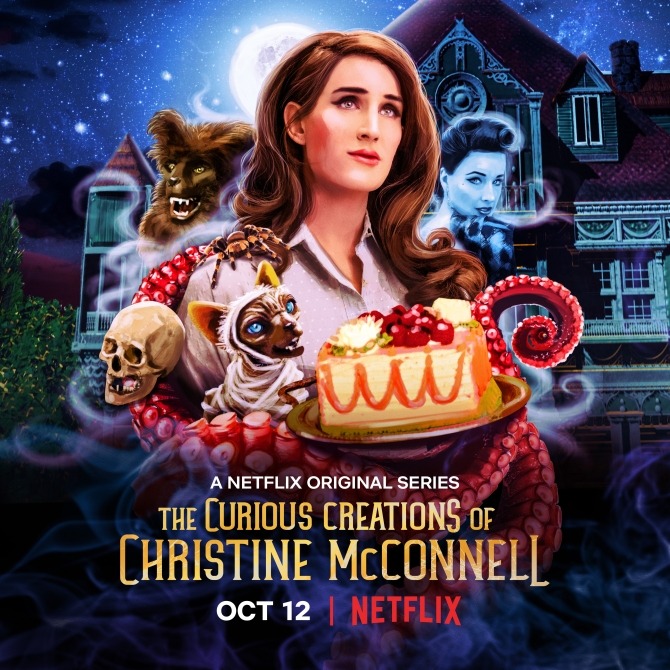 A few months back I was approached to Art Direct the opening title sequence for a new Netflix show.

As soon as I found out that The Henson Company was making the puppets I wanted in, but then add the incredible (food) artist that many of you follow of instagram named Christine McConnell, I was not only signed on, but I am crazy excited to watch the show! So after hiring on my team of ninjas, Maria Perry and Jake Akuna, we shot a bunch of stuff at Christine’s actual spooky house and then created a really cool title sequence. This was my first time working directly for Netflix, but most importantly… I was on the phone with the wizards at The Henson Company on a daily basis!

The show launches on October 12th, 2018 Exclusively on Netflix.